Universal Orlando Resort holiday treats are on every foodie’s wish list by Cristine Struble
Harvey Nichols Cream Tea Is The Best Way To Avoid The London Rain! by Lauren Sisselman

A Nabisco food village was created by a food artist as a tie-in with the upcoming Netflix movie Klaus.

A Nabisco food village sculpture was created as a tie-in with the upcoming animated Netflix movie Klaus, which releases Friday, November 15.

Gingerbread houses are as far as most Christmas decorating goes when it comes to edible Yuletide art, but this really stepped it up a notch.

In fact, it’s the best cookie architecture since the Pawnee Parks Department made gingerbread versions of the office as Christmas gifts for Leslie Knope on Parks and Recreation (“Citizen Knope,” 4.10).

The diorama of Smeerensburg included over 1,300 Oreo cookies and 2,500 Ritz crackers, which was unveiled at the Klaus red carpet premiere.

A behind-the-scenes video shows Bearden hard at work making the snowy scene, which features a handful of people-sized houses and at least three types of Oreos being used – traditional, Red Velvet and Golden Oreos.

Limited time Klaus packaging will be available on various Nabisco products to further the tie-in, including Peppermint Bark Oreos, Ritz Snowflake crackers and others. 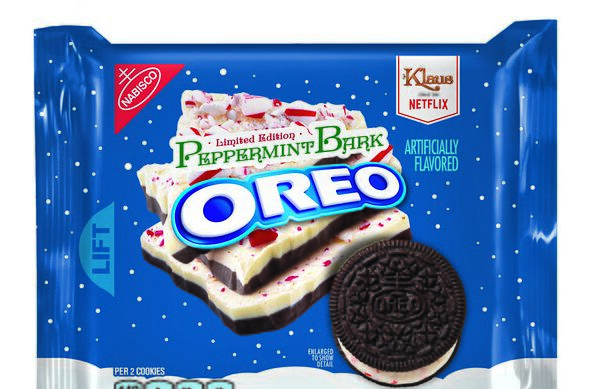 Klaus follows postal employee Jesper (Jason Schwartzman of Moonrise Kingdom and Fantastic Mr Fox) as he starts a new job in the town of Smeerensburg, located on a hostile island near the Arctic Circle.

There he gradually gets to know a teacher named Alva (Rashida Jones of Parks and Rec and Angie Tribeca) and a mysterious toymaking hermit of a carpenter named Klaus (JK Simmons of the Sam Raimi Spider-Man trilogy and Farmers Insurance commercials).

Both Jones and Simmons are used to holiday voiceover work, as he’s been the voice of the Yellow M&M in commercials since 1996, and she voiced Donna Lou Who in the 2013 animated adaptation of The Grinch.

Next: Krispy Kreme Easy as Pie doughnuts perfect for Thanksgiving

From now until December 31, consumers can also participate in a Nabisco promo contest called “Share Your Joy With Us” for a chance to win $10,000 or other prizes to make the holidays an even more memorable experience.